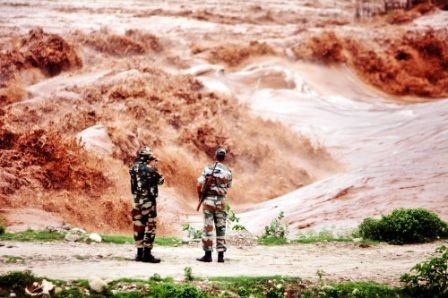 A Catastrophe & a Cricket trophy – Yay..!!! They sound similar- I found homonyms…. And so.. Both these individuals struck India together…

The 13-Jun-13 cloudburst at Uttarakhand has shook the entire country.. Thousands dead- thousands rescued- thousands are still stranded in the remote villages of the flood stricken Indian state without food, water or even a piece of clothing to cover themselves.. And atleast 5000 more are feared to have been washed away by the fury of the Himalayan Tsunami.. While the central government refuses to tag this as a national calamity (Oh.. So.. What is the minimum number of people that has to die to get this tag??), the dirty politicians are trying to make the most of this scene to make hay for the coming elections..

Despite unfavourable weather conditions, the Indian army & airforce is struggling day-in and day-out without even bothering for their lives- all just to get those thousands of pilgrims out to safety.. And in the midst of all this- 20 personnel from the Indian army & airforce have lost their lives in a chopper crash in Uttarakhand. And still they are doing their best and beyond that to save the thousand others….

Meanwhile, The Indian Cricket team has lifted the ICC Champions’ trophy-2013. In the cricket maniac country like our’s, no one gives a damn about what’s happening next door when you have a cricket match telecast live. The winning team gets a whopping 2 million rupees as prize money. 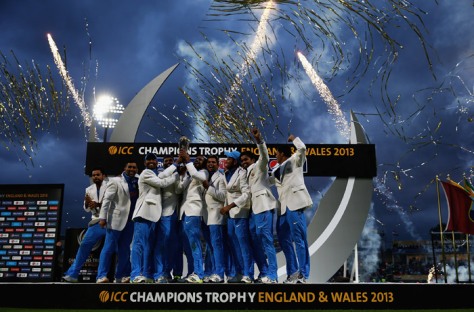 Back home, BCCI has announced Rs. 1 crore as a reward to each member of the winning team..!!!! WTF..??? Seriously……!! The MAXIMUM reimbursement that a soldier can expect for his life is 5 lakhs in India even after battling worst conditions (be it natural calamities or LOC/border issues)… and  winning a cricket match(with mere 8 teams which consider cricket as a game worldwide) means 100 times a Soldier’s life…????

We can expect some Bharat Ratnas, Padma Vibhushanas etc. to be given away like toffees from the national pocket to our cricket stars in the coming year…!!! No one cares for the recent scam that had struck BCCI- The nation seems to have forgotten that already…

I am not against cricket – But why do we always forget our duty to give credits to those thousands of soldiers who are risking their lives just to ensure our safety..?? Does being a soldier mean just dying..?? Isn’t there a value for their lives.? Don’t they have a family ? Don’t they have ambitions ? Don’t they have feelings ? Aren’t they the most rightful and deserving owners of the junk money from the national coffers ??

One BIIIG salute to the BRAVEHEARTS… We owe you everything….

Follow The Lost Lander on WordPress.com
Join 2,639 other followers