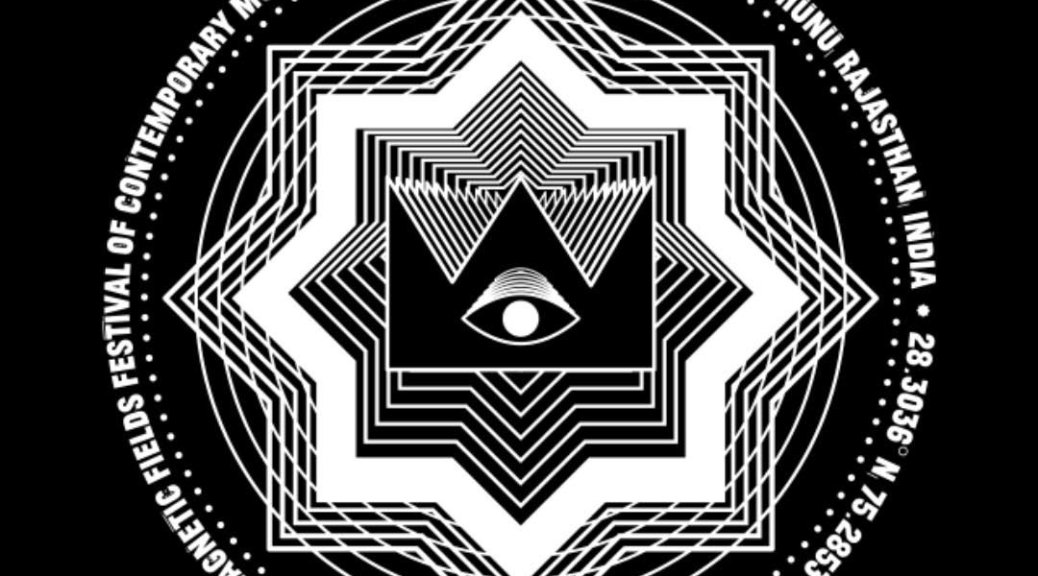 So, as the title suggests.. this is about my journey between Bangalore and Alsisar, in the winter of 2019. It is not another bike riding blog that you’d find spamming the internet. This one is a story.. About “HOW” I got there, when reaching the destination was the target. But as things unfolded, I’m writing this today to share my story with you all..

One day, while scrolling down on my Instagram feed, I come across a post seeking volunteers for the magnetic fields music festival. A festival I have been following for a few years. Given this chance, I filled in the questionnaire on the given link. A few weeks went past and I had eventually forgotten about it… To be noted: I was unemployed or rather occupied with agriculture, until this point..

So in the month of November, 17th to be precise- I applied for a job as a sales consultant at a luxury bike dealership in Bangalore and got employed also. Trust me, this was the easiest aptitude I have ever answered! The test was held in the dealership itself, which had a good playlist playing in the background as I was taking my test. It was more like: I enjoyed my time giving the test.. So, I sailed through that and got employed also. Well, everything was alright but not right.. I was employed at the place for exactly 8 days. Exactly a day before my birthday. The Best birthday gift ever, that was it: I got an employment termination. I was let go because I was not enthusiastic enough. Yeah, right! 100% agreed, I don’t give a damn either.

Post this scene, I’m cycling back home.. Well, that’s when I get a call. It’s a person calling to seek more information about me and my application for volunteering. She called to ask me if was interested and if they could hold a video interview. Oh, well! Why not? All done and now I’m in, as a volunteer…

They call again exactly 7 days before the event, to reconfirm my participation. Done, set I am; Atleast for the event. Not set with how to reach the event… Well I spoke to my parents and tried to get money for my journey tickets. They probably thought I was joking and did not  bother to respond. I did this till the last buffer day for me to leave home to reach the festival venue on time. Even on the last day, I’ve asked but no avail. Well, I’m not good at convincing I guess. I did my mental calculations and came to a decision that given the pace and ticket availability- train was ruled out and plane was fast but extra expensive, considering last minute booking. So, I decided to ride to Rajasthan.. In 2 days flat! Well yeah, I did ride 2200 kms.. in a little more than 48 hours, though.

I leave home after realizing that it was futile, trying to convince my parents to agree for plane tickets. I packed essentials like one thermals, one pullover, shoes, 3 pairs of clothes and not much cash. I’m full rich you know, only cards.!No one at home is happy about my last minute plans to ride 2000 odd kms with absolute no planning. Most important thing I did was stick my name and emergency contacts written on a paper on my fuel tank, just in case something went off route. Okay, tata, bye bye to home.. For the next 10 days.I leave home at around 4.00.p.m. straight to the service centre. Oil changed, chain lubed and tensioned, all while listening to the workshop supervisor telling me to replace the chain kit and tyres, as both had exceeded their life. Yes, I know they needed a replacement but I didn’t have enough time. Okay, I agreed to his advice telling him that I’ll do it in Pune. My bike was ready, atleast for the night until I reached Pune, just a few hundred kilometres away..05:15.p.m., I start my lonely ride to reach Alsisar as early as possible so as to not miss the reporting, day after tomorrow. So now, I’ve left home just before night fall and I have 2000kms to ride. I stop for dinner at a roadside hotel at about 10.00.p.m., the only hotel that seemed to be brightly lit. There was not a single tea shop the whole time. This first night is nothing much interesting except for continuous  riding all night, till I eventually got tired at about 02.a.m. I was finally tired, enough for a major pit stop in the middle of nowhere. Also, I had underestimated how cold it might be.. Standing cold and riding cold are very different levels of cold.! Had to wear my thermal and my pullover to feel, just warm enough that night. I eventually stopped at a truck lay-by, which are more common than hotels after passing Hubli. This place seemed good enough to stop because there was a bright mast light installed nearby and there was nothing else other than this small bus-stop like truck lay-by. I was tired, so I just decided to lay down on the broken benches.

My bad, this place sucked! Because, every now and then these sugarcane farmers went by in tractors, blasting music at that dead hours. And also because it is a national highway, every truck and bus whizzed past the shelter making my rest-stop unbearable. I vacated the place in 20mins to find a place that was more silent. I ride for the next hour, till I finally reach Kolhapur tollgate. Being dead tired and partially sleep deprived, I give up riding.. It is probably 3:30-04.00.a.m. Being at a considerably more safer place with constant security, I just pass out on my bike, at the tollgate! I did wake up eventually, feeling just a bit fresh at about 5.00.a.m.Time is running out and I’ve not covered half the distance. Oh shit, I’ll get late. I almost immediately leave. Sometime into the morning ride, I am greeted by a fellow rider on an older red Ducati while he gracefully overtook.By day break, I’m almost in Pune. At 6:30-07.00.a.m., I’m at Khatraj Ghat, full of fog. Well, I ride into Pune and miss the exit I should have taken to enter the city from Swargate. Instead, I happened to take the ring road which bypassed the city and took me through Hinjewadi and Pimpri. Here is when the first balls in my mouth scene happened… I just happened to go past Tata motors at Pimpri and stopped for my morning tea as it is almost 8.00.a.m. now.. I don’t know if it was the tea stop or some inauspicious time of the day; My bike chain seemed to have gotten jammed and was making a very uncomfortable metallic rubbing noise. At this point, I was barely able to ride it.. I got off the bike and started to push it, because the nearest service centre at Chakan was just a few kms away.. Even pushing became difficult as the chain had jammed or become tight. I gave it a thought, then hopped on and rode. It was nerve wracking to listen to the chain rubbing against some other unfigured part… I prayed the whole trip from Pimpri to Chakan, just that the chain doesn’t snap.

For my good fortune, the chain repaired itself I guess and everything became normal again, just as I neared the service centre. Guess what? I’ve arrived too early to the store. It’s 9.00.a.m and the service opens at 10.00. Good that the showroom guy had just opened. He was cleaning and setting up the store. I tell him to inform me when the service supervisor arrives and pass out on the showroom table, till almost 11.00. Eventually, he did come. This service centre guy gave me the best attention I’ve got. I told him the problem. He however, was not able to verify it because the chain had magically fixed itself. I got it lubed and tensioned again. Trust me, the chain and tyres had become overused by now. I tell him my destination and he was surprised. He also repeated the same, what I had heard in Bangalore. “Change your chain set and tyres, or you’re not going to make it back to Bangalore..!” I give him my assent to do it in Jaipur.