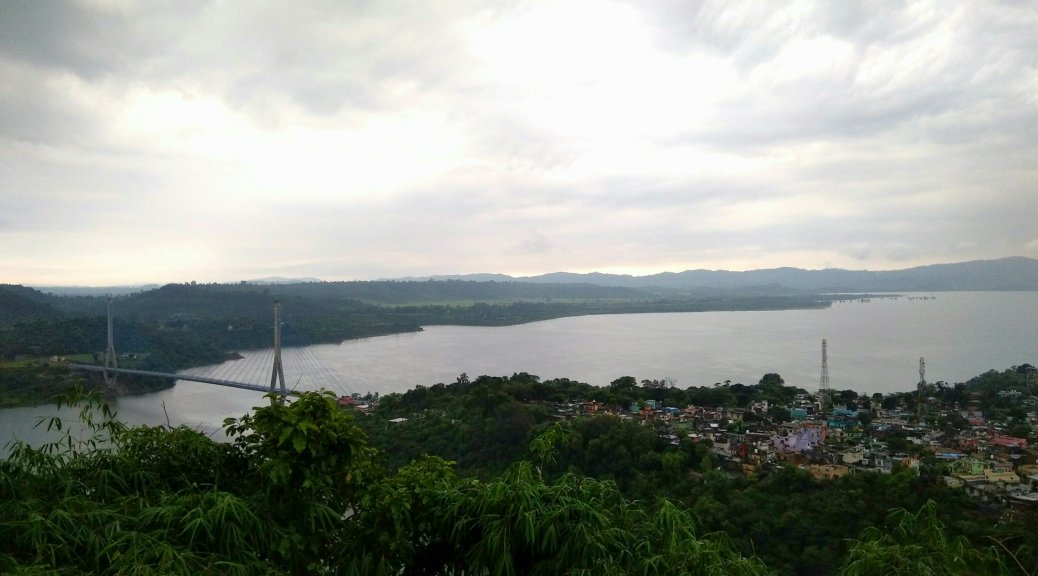 If you thought Jammu was all about shrines and temples, wait a minute. You are not alone. Even I did not know about all the beautiful places that exist within a driveable distance from the city. This trip to Basohli was a part of our ‘Peace ride’, sponsored by Jammu tourism as a part of the Himalayan expedition to promote tourism in the lesser explored places of Jammu. The route we covered over the week was Jammu-Mansar-Basholi–Sarthal–Baderwah-Kishtwar-Gulabgarh-Sansari-Gulabgarh-Patnitop-Udhampur-Jammu.This trip was an opportunity for us to see so many beautiful places that are off the tourist map, totally untouched and waiting to be explored.

Places to visit in Basohli:

On a warm Saturday morning, we started from Jammu on a well asphalted highway cutting through the Surinsar-Mansar wildlife sanctuary towards Basohli. Needless to say, the route is blessed with natural bounty with the road flanked by wooded hills all the way. We did a quick stopover at the twin lakes from where the sanctuary gets it same. The Surinsar lake and Mansar lake are serene patches of nature which play an important role among the Hindu pilgrims as it is associated with mythology. It is believed that the arrow shot by Arjuna pierced the earth at Surinsar and came out at Mansar spouting water, what are now the two bunyanesque lakes. If you have nothing to do, then you can forget your watches by just sitting on the banks and feeding the squillion fishes there. These lakes are also known for the Indian flapshell turtles that are found in abundance.

After freshening up at the TRC guest house, we headed to the Atal bridge built across river Ravi. This happens to be the first cable suspension bridge in the state of Jammu & Kashmir. We got an eyefull of the setting sun from there and got some good silhoute photos of the fishermen busy with their last catch on their vessels drifting past us from under the bridge. The view of the surrounding lush green hills and several islets in the backwaters of the Ranjit Sagar Dam was a feast for the eyes with a golden backdrop. On a summer evening, it is highly recommended that you spend some time at the dam backwaters, what is fondly refered as the RSD beach by the localites. With swaying palm trees along the sandbars of the river bed, it is a very picturesque place surrounded by the lashing waves of the dam’s backwaters.

Although we had plans of reaching the Chanchala mata mandir to catch the sunrise next morning, we were woken up rather early by the roaring thunder and the rattle of our window glasses. It was pouring cats and dogs and we watched the dawn break into a bright day while sitting by the window side. There seemed no signs of the rain gods taking a break and hence, we decided to head out in the rains…

While we sought directions from the public, we realised that this town was home to over a dozen temples dedicated to Durga Mata. With a wild guess, we hit the accelerator towards one that was located atop a hillock. Oh Man! The view from up there was stunning… The temple had a 360degree view of the dam water and the hills. We could see the bridge along with several ruins of the old town dotting the view here and there. With the rocky valley at a distance, the entire Basohli town was visible from up there treating our eyes on a perfect morning!! With such a view around, the silver lightning in the dark grey sky, we couldn’t ask for a better start for the day…We were drenched to the bone but coudn’t get enough of the view. We somehow dragged ourselves back to our bikes, lest be a reason for the delay of all other fellow travellers back in the guest house.

Basohli is known for the traditional miniature paintings that carry a heritage tag with it. Basohli is believed to be a cradle of a new school of mythological paintings. But sadly, only a handful of practicing artists exist today in this hill town. How much ever I intended to meet these artists and buy a couple of paintings as souvenirs from this land, I couldn’t. A countable number of shops selling these artworks would open only later during the day, a few kilometers away from the place where we were staying at. We decided to return to the guest house.

We were already running late and had nothing left for breakfast, we satiated our stomachs with fruit juices and coffee. When the rain gods seemed to calm down a bit, we called it a wrap for the wonderful time spent in this historical town of Basohli. The journey continued, to yet another beautiful place waiting to be explored, waiting to be talked about to the world outside. A place that I call as my “FAVOURITE” destination in India- Sarthal.