Accomplishing the below outdoor activities in Karnataka that I had been contemplating for many years:

Albeit not a movie person, 2022 was a year in which I watched the maximum number of movies at a cinema, and that too solo. Apart from catching up on some highly recommended movies on OTT platforms, I watched four movies on the big screen. These four were the regional movies whose release I had eagerly waited for and was particular about a theatrical watch only. Apart from ‘777 Charlie’ which I watched with my family; I watched three other movies in the company of just myself: Rocketry, Kantara, and Gandhadha Gudi.

Apart from these, some remarkable events made 2022 special for me.

Here’s a gratitude post summarizing each year of mine for the good things that have happened with me. 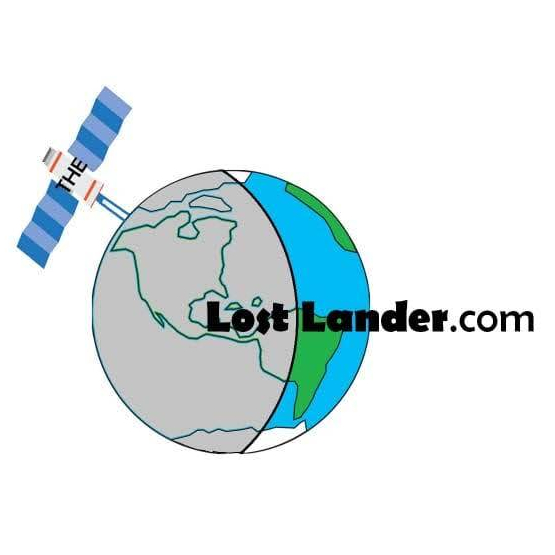 Well, 2021 has been quite a year for everyone! As things started to seem better with the pandemic, the 2nd wave had rattled the World and India! From lives of successful rich celebrities to the poorest, it spared none! But amid all the grievances, life is about seeing through the nicer things and marching forward!

Talking about myself, it has been a package of a year that can be split into exactly two on the calendar. If not exciting, the first half of the year was a fair one.

As the calendar pages turned to July, it brought with it a flip in the normalcy of life. A change in job role, a change in office location and a lot of changes in the home atmosphere! It has been a feeling of just drifting along with the wind, for this LostLander. Six months went by without being able to write a single page of content. The only good part was that I resumed regular office and with it, came a lot of Business travel. Although I was paranoid about resuming air-travel after nearly a year, the change was so important to keep me sane!

There is less to write about this year and so, let me share some of the memorable images that social media brought to me.

Tokyo 2020 happened in 2021! and this was a golden year for India at the Olympics where it outperformed itself with its first athletic gold and the overall highest number of medals so far!

• While the women’s hockey team became an inspiration to crores of Indians, their individual stories reflected the dreams of several girls who wished to break the societal stereotypes.

• Oh, the beautiful women raised in the cradle of my motherland, you are all wonderful. The first athlete to open the tally book for India at Tokyo 2020 was a woman. A woman who became an inspiration right on the opening day of the Olympics, still has me in awe. In spite of carrying so much success in her belt that could weigh her down, how could a person be so grounded and humble? And it was a sense of personal honour for me as I shared the aisle and some warm conversations with Ms. Mirabai Chanu on one of the flights.

• While we discuss accomplished people being grounded, it brings memories of Late. Puneet Rajkumar. Having shared the same neighborhood for a few years, it was common for me to bump into him every other day. Without carrying any air of superiority around his head, this man did not fail to smile at every person he came across, known and unknown. Only when he was gone, did we Kannadigas know that our movies too were watched by millions in faraway countries. I was taken by surprise when a person I met in a Nepali village told me how big a loss it was with this star’s passing away.

• And, this was definitely NOT the way 2021 had to end. The passing away of India’s Chief of Defense Staff along with other decorated soldiers was the most unfortunate. So much for keeping the safety of the world’s 2nd largest population as his only duty, let the top man of India’s defense rest in peace. Although, I have never met this man in person, the loss felt very personal. News has it that he shared a special bond with Kodagu, my hometown.

If you have made it this far on my blog, let me tell you that, having good ‘Mental health’ is a thing. Feeling low or depressed is absolutely normal and can happen to anyone. It is important to recognize this earlier and to reach out to people at the right time. Reach out to help someone or reach out to seek help. If at any point, any of you feel the need to reach out to just someone- do hit me up! I don’t know how I can help your situation, but I shall certainly do my best to hear you out and guide you to the right source of help!

We are who we are because of the type of experiences we have had in life. The experiences mould us into the personality that we grow into, with age. Some of these experiences (small and big) come once in a lifetime and yet a few- reoccur. When they reoccur, the first time always sets the bar. If it was bad, we accept anything that is a little better the next time. If it was good, we wouldn’t settle for anything lesser.

I often find it difficult to break the ice with the urban souls. I’m not really sure why, but travel is perhaps the way I connect with the others. I don’t mean I need to travel with them to connect; that’s an expensive strategy. But rake up a topic that is remotely related to travel- You have me there! I will be able to navigate our conversation into a diverse range of topics and things that exist under the sun.

I am an outbound person. Even if that means just stepping onto my portico or the front yard of my house; Or feeding a few squirrels or finding a bird nest in my granny’s attic, it is travel for me! For me travel is seeing things, both same and new with a new perspective each time. It gives me an opportunity to learn and gain a different experience. If not physical travel, I time travel to the glorious days of my childhood by doing little things that are outside a couch. I believe growing old in age shouldn’t stop one from doing what made them happy as kids. The purpose of life is to do whatever makes you happy.

So, Cinema and TV have had the largest influence on me while growing up. They were shot in exotic places and the people danced amidst crazy ass landscapes and that made me want to go there. And then, the cable TV gave me access to jaw-dropping documentaries on everything that is in space, land and underwater. Adventure, wildlife, machines, technology, aeroplanes, rockets, history, art…. Nat-geo and Discovery channel: You sure now know where I have picked my diverse flavors of interests from. Having said that, today as an adult- TV is the last thing that I would ever get myself into, if I were ever bored. That is because I see movies as just a way of slouching on the couch with inactivity. Also, the media of today is a whole lot of digitization and sells what they’re paid for. With so much editing and hyper-exploitative hunger for TRP, the audience don’t know how much of what they see are real. Hence, I prefer to go out, see, learn and understand for myself.

If life was kind, you’d probably see me reporting as a journalist from ground zero or heading an archeological or underwater exploration or maybe chasing a path down the Amazonian rainforests. I don’t know what I’d be doing, but for sure- having a ball of a time living life. (But well, that doesn’t mean I’m less happy where I am today. I guess, life has decided the path that is suitable to me).

Physical inactivity grows me restless. And so is with a game of cricket for me. As a child, I wondered that the cricketers always travelled to the Eden gardens or the Lords or the Caribbean for tournaments and after parties. As an audience/spectator, I can now only see it as one to five days full of inactivity in front of the “Idiot Box” based on whatever format the game is played in.

My political views too are largely based on my personal experiences from my travel and interactions with people across boundaries. I have grown with a pedigree feed of Toyota concepts of Genchi-Gembutsu. So, it isn’t easy for someone to sell me their opinions about places and people they have not seen.

It is a difficult connection to make with me… In short: I’m not the regular make-up-mascara girl you have seen elsewhere. You will really have to figure your way out to connect with me…!!

Looking back at the past is nice sometimes… It gives a sense of where you have reached despite the several things that occurred on your way. Last year I had made a photo story of my travels comprising of 1 important photo from each of my trip during the Year. By the time I compiled it, I came to realize that I had travelled on ALL 12 months of the year! I don’t want to repeat the same format for 2019 and would rather do it differently.

Although I don’t like to associate myself to being called a materialist, I’m a sucker for collecting souvenirs. And most of the time, the souvenirs that I look for are inexpensive and something that have strong stories to tell. Despite travelling abundantly this year, I couldn’t really find such significant things to bring back home from my travels. However, there are other things that well-wishers bought for me or some things that I gifted myself as a reminder of something important. Here is the list, in no specific order 😊

Gifts from friends to me:

Only people who understand me know my love for travel and what things get me excited. I appreciate their efforts in getting me these things which make me happy and treasure each of them. A few such things from 2019 are:

Gifts from me to myself:

I am not someone who loves shopping. I don’t usually buy things unless it is an absolute necessity. But occasionally I like to invest on small collectibles that have certain significance associated with them. A few such things that I bought for myself in 2019 are:

Travel for me, is beyond going to a place. Even if it means going somewhere familiar, I seek new experiences. I treasure it more if my presence brings joy to someone else around me. Here are my top 3 travel moments that I cherished through this long year of hectic business and personal trips.

And finally, I’m someone who does not believe in chasing big dreams but in living many small things that bring immense joy that moment. Here are my joyful accomplishments for 2019:

How has 2019 been for you? What nice things do you want to continue to do in the new year? What would you have changed if given a chance?